Rubber or Polyurethane Tyres: Which Material is Best? 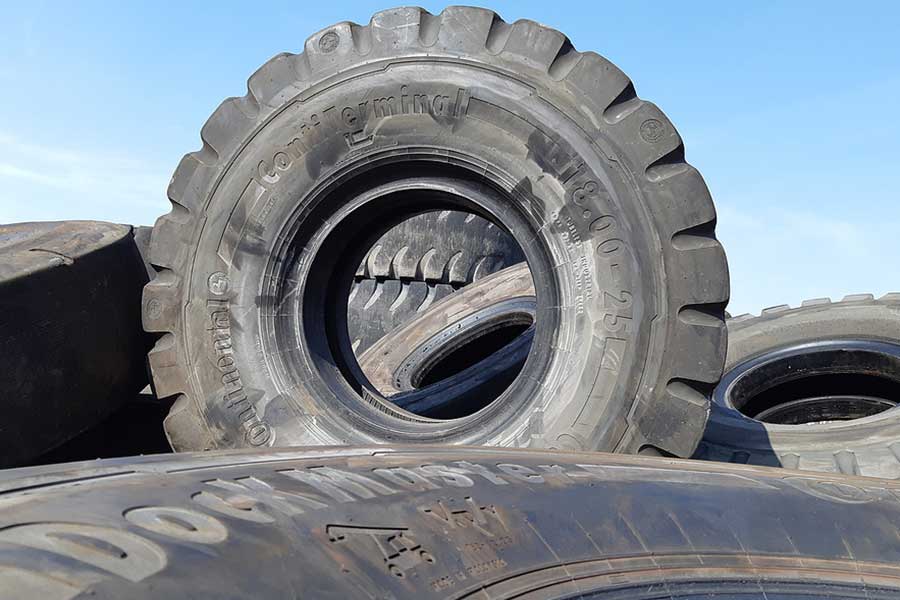 When it comes to forklift tyres, warehouse owners will most definitely have a choice about which ones are ultimately used to carry the chassis and any loads that are applied. Usually, people have a choice between rubber and polyurethane materials, but it’s not always clear about which one is best.

In short, there is no right or wrong answer as it largely depends on the application and the industry you work in. The best thing to do here is to make a decision based on individual needs and requirements. So let’s compare what each material has to offer and you’ll soon be making the best, ultimate choice for you when it comes to forklift tyres.

However, rubber tyres would perform better on machines that are powered by anything but electricity. Electronically-powered equipment would be better suited to polyurethane tyres as it allows for even the heaviest of loads to be carried as smoothly and as effortlessly as possible. Although, polyurethane tyres with a durometer of 83 will be hard to come by, so visit specialist forklift dealers, such as Refurbished Forklifts, and ask for advice and guidance.

Rubber and polyurethane have very different gripping potential on surfaces, meaning the level of traction you’ll get from each material will alter depending on what you’re looking to get out of your equipment. Rubber has a softer tread surface when compared to polyurethane, enabling rubber tyres to offer a footprint that’s more broad on different surfaces.

If a superior level of traction is something you’re looking for in forklift tyres, then rubber would be the better choice. Even the softest polyurethane wouldn’t be able to offer such impressive traction capabilities, however, polyurethane tyre manufacturers worked tirelessly to compete with the excellent traction ability that rubber tyres have to offer and, as such, polyurethane tyres are able to provide good levels of traction without compromising on load capacity.

If you’re having trouble choosing between rubber tyres and polyurethane tyres based purely on the amount of traction you need, then, in this case, it might well come down to the size of your budget as either one will provide exceptional levels of traction that you’ll always be able to rely upon. Just make sure to check the tyre tread regularly, much like you would when checking the tyre tread on your car.

It’s argued within the industry that, undoubtedly, polyurethane tyres are far better suited to forklifts that are required to lift large, heavy loads. That particular material is impressively resistant to tearing, ripping or splitting in any way, although that doesn’t mean that polyurethane tyres aren’t immune to such damages, so stay within the guidelines and recommendations outlined by the manufacturer of both the forklift and the tyre itself. If they’re consistently overloaded then, regardless of what the tyres are made out of, they will eventually fail.

Although rubber tyres offer a softer, far more comfortable ride, they won’t wear as well as polyurethane tyres. In this modern age, it’s generally found that, for those looking to get the most wear out of their forklift tyres, polyurethane tyres are chosen over rubber ones for this very reason. They’re in fact four times stronger than rubber tyres, but they also come with a price tag to match such capabilities.

Rough, loose and uneven terrain is better managed and navigated by polyurethane tyres. Due to their high levels of wear and tear, polyurethane tyres are able to travel over even the largest chunks of debris without failing as it will embed itself in the tyre tread rather than cut through the material (as it would have done with rubber tyres) – yet another reason why polyurethane tyres are so popular with warehouse owners these days.

Heat is a common and well-known enemy of polyurethane tyres and so this makes them inadequate for use on forklifts and other material handling equipment that’s required to travel at high speeds throughout your premises. However, rubber can dissipate the heat far more easily and much faster than polyurethane, making rubber tyres more suitable for machines that need to travel at high speeds on a regular basis. If you’re wanting to buy polyurethane tyres, regardless of the heat properties of rubber tyres, then make sure your vehicles’ speed does not exceed eight miles per hour.

When it comes to electric forklifts especially, it’s important that you’re choosing the right tyres to overcome wet floor conditions. Polyurethane will slip on such conditions, making rubber the best choice in this instance.

However, where rubber tyres will provide better traction on wet surfaces, you might well sacrifice the overall load capacity of the forklift, but you will be further ensuring the safety of your forklift operators.

Usually, the safety of their employees is of the utmost priority for warehouse owners and so rubber tyres should still be chosen to protect workers from harm if you’re wanting to navigate your forklift across wet floors.

Overall price of the tyres

For the reasons that have already been touched upon in this article, polyurethane tyres are generally more expensive than rubber tyres. Not only is this because of their impressive capabilities overall, but it’s also due to the cost of the raw materials that are used to make them. Depending on the compounds used to make polyurethane tyres, rubber alternatives can cost around 25-50% less than its counterpart.

Rubber tyres are still exceptionally strong and are commonly used throughout the material handling industry and for a number of applications. With this in mind, whether or not you choose rubber or polyurethane tyres for your business could simply come down to the size of your budget.

If you can afford to kit out your warehouse equipment with polyurethane tyres, then you should consider it. But if you can’t, then rubber tyres will still be able to provide you with many hours of uninterrupted service.

Refurbished Forklifts are proud to provide customers throughout the UK with high-calibre, used warehouse equipment, including reconditioned forklifts, second-hand reach trucks, refurbished order pickers and more. For more information about how they can help you today, regardless of your requirements, the industry you’re in or the budget you have, then get in touch with a member of their professional, knowledgeable team – they’re always happy to hear from you.

Over 30 Years’ Experience in our Industry

Multy Lift Forktrucks Limited was founded in 1986 in the Midlands and is still a family run/privately owned business offering outstanding local service backed by a Global Brand.

We provide Nationwide delivery with all our used and refurbished equipment.